Here are some tips for using water in Minecraft.

There are two kinds of water block in Minecraft:

Source blocks are still water. These are the kinds of block that can be picked up or placed using a bucket. Source blocks can be destroyed by placing a solid block such as dirt or sand in the space they occupy.

Naturally occuring seas and lakes are made of source blocks.

Moving water flows from source blocks. It does not interact with buckets.

On a flat surface, water spreads horizontally 7 blocks from a source block. However, if the water can find a way to move downwards, it will go downwards instead. 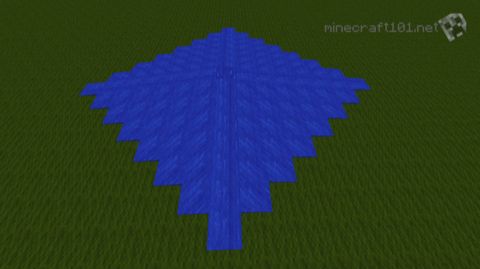 Water spreads 7 blocks in all directions from a single source block on a flat surface. 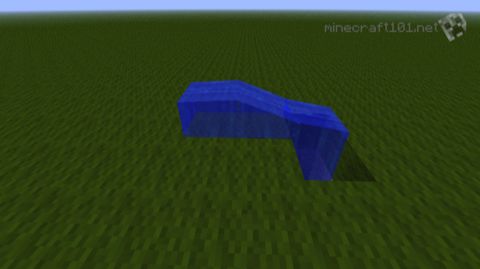 Water that has a chance to move downwards will do that instead of moving horizontally.

When two source blocks are placed one block apart, the flowing water inbetween will be converted to another source block. This can be used to fill in large areas with still water, and to make wells.

Water is picked up and placed using a bucket (right click). Placed water forms a source block; water will flow from the source block, downwards and up to 7 blocks horizontally. Moving water cannot be picked up.

Sometimes called "infinite springs", a well is a 2x2 hole, 1 block deep. Pour two buckets of water into opposite corners. Now, however much water you take from the well, it will always refill itself. This means that 2 buckets of water is always enough to bring with you for any hydroengineering project you start! 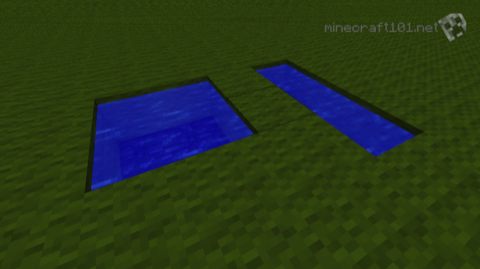 You can also build a well by placing water at each end of a 3x1x1 trench; in this case only the center block is replenished when water is removed.

Sometimes you will want to use a stream of water to carry objects from one place to another.

Place a step down every 7 blocks to continue the water movement. Or place a step plus a new water source every 8 blocks.

Mobs and items are pushed one block past the end of water, so if the water stream comes up to the edge of a hole, the cargo will be dumped into the hole.

If water is given the opportunity to spread downwards, it doesn't also go sideways. This makes it easy to create 2 or 3 streams from a block with water placed on top.