If you plan to do a lot of enchanting, you'll need an awful lot of experience points. That means killing lots of monsters. You could just find a dungeon or abandoned mineshaft and fight lots of monsters there, but it's dangerous and if you want to get a Level 50 enchantment you'll need to kill something like 9000 of them. The solution is to build an experience grinder.

The best design is the one described by mcKS and Murreki on Reddit. For now I will reproduce Murreki's picture here, but a more detailed guide will follow.

The principle is to find a mob spawner in a dungeon, then build a system so that when mobs are spawned, they are whisked away quickly (because if they hang around more than 10 seconds or so they might prevent other mobs from spawning) and made to fall down a drop that will nearly, but not quite, kill them. This means the player can easily kill each one with a single punch, so as not to wear out valuable weapons. Better still is to allow them to accumulate for a while then kill the mobs by throwing a splash potion at them.

The strange geometry is because the player needs to remain within 16 blocks of the spawner whilst killing weakened mobs in order to keep them coming. 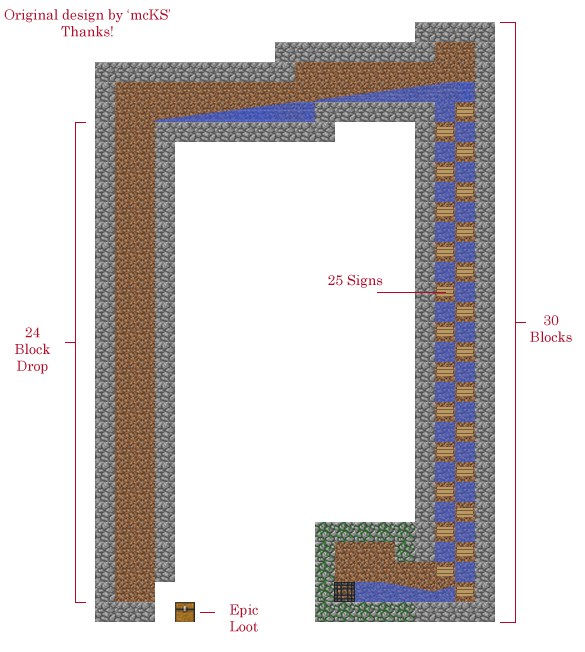