The beacon is a block you can make after defeating the Wither and getting a Nether Star. It provides a highly visible beam of light to mark its location, and ca also provide you with powers similar to potion effects, which are largely useless because they only act when you are close to the beacon.

The beacon block is crafted from glass blocks, obsidian and a Nether Star. 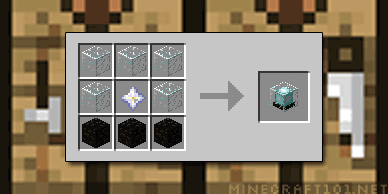 Place the beacon block atop a pyramid of some combination of iron, gold, diamond and emerald blocks.

The pyramid can be 1—4 layers high; you’ll need 9 blocks for the top layer, 25 for the second, 49 for the third and 81 for the last. The more layers you build, the larger the area of the beacon’s effects and the more effects you will have access to. 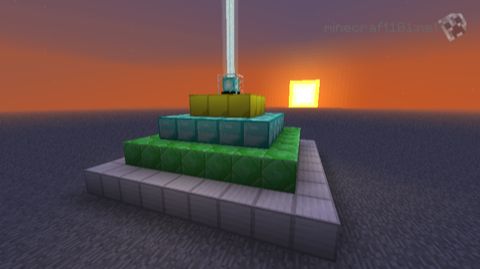 The beacon must have open sky above it.

The beacon shoots a beam of light up into the sky that is visible from a long way away.

It can also provide the following effects when you are nearby:

Right click on the beacon to get the GUI. 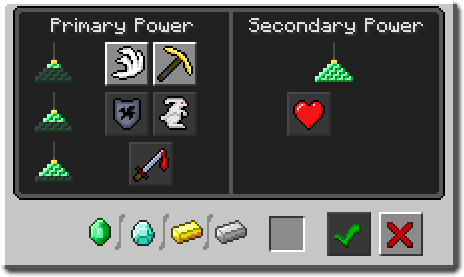 This beacon is on a pyramid that is only one level high, so only the first two primary powers are available.

A number of powers will be available depending on how many layers there are in your beacon pyramid. To activate one of the powers, place an emerald, diamond, gold bar or iron bar in the slot, choose a power and press the green check mark. You should now be under the effect of your chosen power, and will see swirly effects like when you’ve drunk a potion and the name of the effecton your inventory screen. 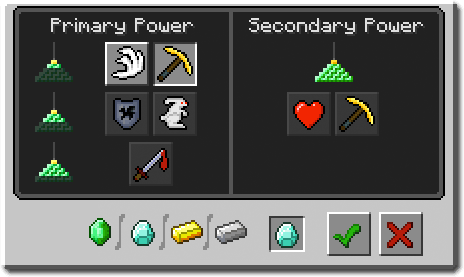 I chose “Haste” and used a diamond to activate it.

If you build a full, 4 layer pyramid you will gain access to all the effects, plus a “secondary power”, which is a choice between Regeneration, or increasing the effect of your Primary Power to Level II. 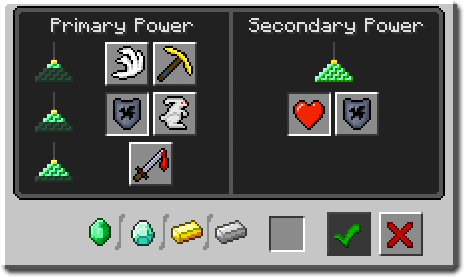 This beacon is providing both Resistance and Regeneration.